Home » About us » Mgr. Miloslav Kabrhel 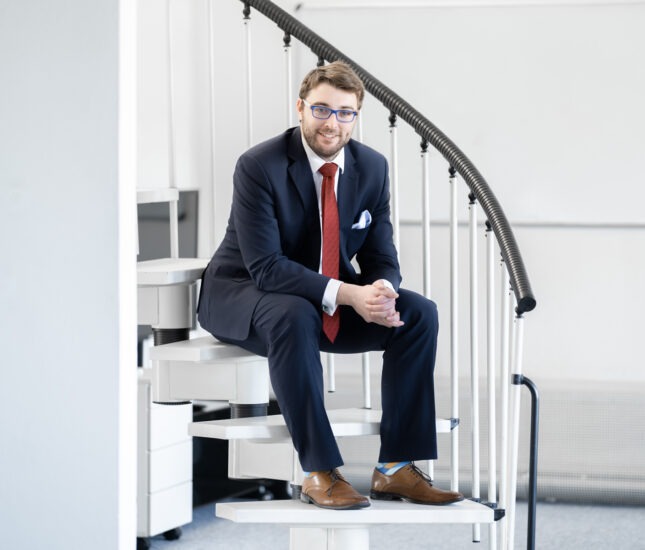 Miloslav comes from picturesque small town in Eastern Bohemia – Litomyšl. At an early age, he discovered that, unlike Bedřich Smetana, the most famous native of Litomyšl, he had not been given a musical talent. When Miloslav step by step found out that he had not been given a talent for several other things, he enrolled for the Faculty of Law of Masaryk University in Brno. During his studies, Miloslav began to focus on private law, especially civil, commercial or private international law. Miloslav used his interest in these areas in the representation of his alma mater in the 22nd year of the Willem C. Vis International Commercial Arbitration Moot competition in the field of international trade and international commercial arbitration.

While still being a student, he gained his first experience in advocacy in the Czech-Austrian law firm CZERWENKA & PARTNER v.o.s., where – after graduating in 2016 – he continued as a trainee. In this position, he focused mainly on general legal advice for business entities with a large representation of German-speaking clients. From 2018 he continued as a trainee with Mgr. Marian Vařečka, in 2019 he successfully passed the bar exam with an excellent degree.

In his practice, he focuses on real estate law, including construction law and development, general contract law and commercial law, including acquisitions. In addition to the Czech language, he is also able to provide legal services in English and German.

In his free time, he spends time with his family, likes to cook and keeps fit by playing football, road cycling and MTB.

What I like about advocacy is that each case is unique. It is never possible to fully apply a solution that has already been used. Therefore, it is a duty of an attorney to always find a unique, effective and often innovative solution tailored to a specific client’s case. Such a solution must blend not only the knowledge of legislation and case law, but also the experience of a lawyer and the needs of the client.